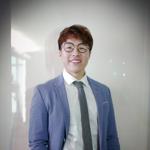 Min has been the Communications Associate at the YCB since April 2019 and after a brief stint at another public entity he returned in January 2021. Prior to his time at the YCB, he worked in radio broadcast at iHeartMedia as an on-air DJ for Cities 97 & Alt 933. Min holds a B.A in Communications from the University of Minnesota and a Masters of Public Policy from the Humphrey School of Public Affairs at the University of Minnesota. He graduated from the Humphrey School in 2018.

Min is born & raised in Minnesota to two Korean immigrants and is passionate about giving back to the state & community that gave his family an opportunity at a better life. He is the eldest of 3 children & pet Shih Tzu. Outside of work Min enjoys analyzing films, exploring new music & attending concerts, playing video games, participating in recreational basketball leagues, and having long & engaging conversations.