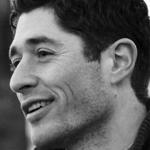 Jacob Frey is the 48th Mayor of Minneapolis.  For the past  eight years the  former Minneapolis City Councilmember, a civil rights attorney has used is background in civic service and social justice to  make a difference in the City of Minneapolis.

2011 the Virginia native organized the first Big Gay Race, which raised over $250,000 to help defeat the hateful constitutional amendment against marriage equality. He also became involved in advocacy for the homeless, including helping tenants who lost their homes to the North Side tornado.  For Frey's work  the City of Minneapolis honored him with its inaugural Martin Luther King, Jr. Award.

Under his leadership as City Councilmember the 3rd Ward accounted for more than 65 percent of all growth in Minneapolis, with an increase in funding for affordable housing, record numbers of small business openings and implementation of substantial green space improvements that add value to public spaces. He also led the way on dramatically reducing surface parking lots, fully connecting the Mississippi trail in Northeast, imposing fees that reduced air pollutant emissions, and implementing programs that have increased voter registration and engagement at record levels.